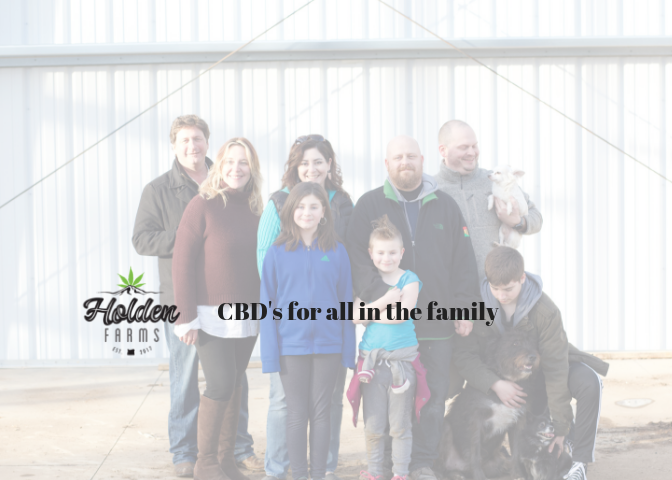 Marijuana is part of the Holden brothers’ lives

I will be honest, my brothers and I have been believers and users of marijuana for a long time. We love weed, have had some of our best times stoned. Going to a movie? Get stoned first. Long road trip? Somebody better be packing. Awkward family dinner? You can always go outside and hit the bowl. The point is, this is a world we understand.

But what’s interesting is we all were skeptical of CBD. We thought the whole    no-THC thing was just a waste of perfectly good pot. This was some voodoo, happy-hippy shit.

Then we were introduced to Flower Child’s 1000mg salve.

I tried it first. I have a wrist with some minor arthritis that get’s ache. I put it on and within a few minutes, no ache. I thought “that’s cool”. Next day, wrist starts aching, salve on, pain gone. Nice.

My brother has been swinging a hammer as a carpenter for over 20 years. Mix that with an old baseball injury and his right hand has arthritis so bad that his hand at the end of some days is just one big, painful cramp. I suggested he give the salve a try. It took some convincing. His “THC dominant flower is the only answer” bigotry kept the jar un-opened for a couple of weeks. Then one day it was really bad, so he said, “screw it” and slathered some on. 20 minutes later he realized it didn’t hurt. He though it was a fluke. Kept waiting for the pain to come back that night. It didn’t. So the next day, hand hurting after work, (but not as bad as the day before), applied the salve again. And guess what. It worked again. Family convert number two.

This next one you may find hard to believe. I did. But it is absolutely true. My niece was born with some pretty bad eczema. As a baby her skin was constantly in rashes. The poor kid was always in pain. My brother and his wife have done everything they can to help her. They talked to her doctors, controlled her diet. After researching they stopped using the regular detergents they were using and started using Jessica Alba’s excellent products. And she got a lot better. But it was never gone. She had a couple of spots, the base of here skull and the back of her knees, which the eczema never went away. And it killed us all. The poor kid would scratch herself in her sleep so bad that she’d wake up bloody.

Then one night, after a particularly tough few days, my brother was putting the salve on his wrist, looked over to his daughter who was in pain, and said again “screw it” and put some on her trouble spots. She went to bed. The next morning, to my brother and sister-in-law’s amazement, those spots, (those spots that had not gone away for the 8 years of their daughters life), were completely cleared up. Eczema gone. They applied it again the next night, and the next. For the last 6 months she has not had a single recurrence.

And finally, the kicker: Our grandmother is 95 years old and lives part time with my brother and his family. She was a true force to be reckoned with and up to a few years ago a fiercely independent woman. Unfortunately over the last few years her memory has gone and she is need of constant care, although she could probably walk a marathon, (well maybe not but I sure hope to be in her physical shape when I’m 95).

Anyway, one day last month my grandmother had a recurrence of gout. Her toe was very swollen and she was in a lot of pain. They try to help control it with diet, keep her salt and sugar intake down, (the woman does have a sweet tooth), but when it flares up it’s usually been a few days of terrible pain for her that we couldn’t do much about. My brother, now the convert, decides this day to try the salve. He puts it on her toe. She complained a little but then went back to her crocheting. My brother went about his business then came back an hour later to check on her. He asked her how her toe felt. “My toe is fine, why?” She had forgotten about it. “Does your toe hurt?” he asked. “My toe is fine”. He took her sock off to check and the swelling was gone. The symptoms were simply gone.

After researching and curetting the science for Holden Farms, I think I’m starting to get it. CBD is proving to be one of the most potent anti-inflammatory agents out there, whether you’re talking natural or pharmaceutical. They have found that we have an endiocannaboid system in our bodies that CBD, (all cannabis really), attaches to their receptors and brings pain relief. We can’t OD on it because we have none of those receptors in our brain stem, which controls basic living functions like heart beat, breathing etc. It is amazing, fascinating and exciting for all of human health.

But to see it help, in a dramatic way, your own family… is priceless…