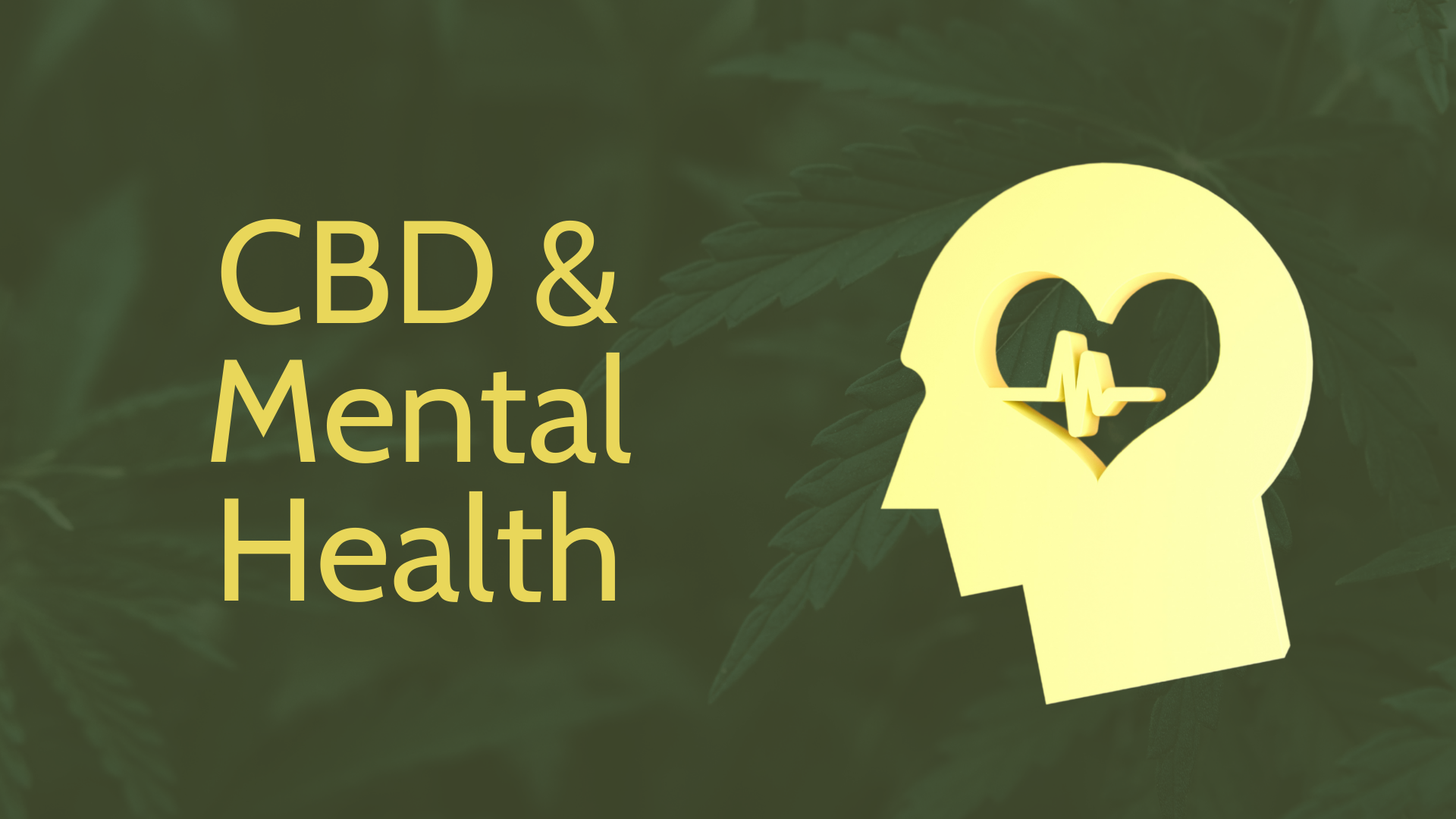 It’s Mental Health Awareness week in the US, and we’re THRILLED. There is so much science to show the benefits of CBD on mental health, and we’re delighted to share some of it with you.

Cannabidiol, or CBD, is anti-inflammatory, anti-viral, anti-fungal, and anti-bacterial. In a study shared in the American Journal of Psychiatry, the authors added an important quality. “Research in both animals and humans indicates that cannabidiol (CBD) has antipsychotic properties.” (Source)

Let’s take a quick look at the research and see what it says.

Perhaps one of the most common ways to use CBD for mental health is in improving anxiety.

Anxiety is the mind and body’s reaction to stressful, dangerous, or unfamiliar situations. It’s the sense of uneasiness, distress, or dread you feel before a significant event. A certain level of Anxiety helps us stay alert and aware, but for those suffering from an anxiety disorder, it feels far from normal – it can be completely debilitating.

Coronavirus has added an extra stressor to many Americans. For some, it’s turned into full-blown anxiety.

There are several studies that show a positive correlation of CBD oil for anxiety, including public speaking anxiety, general anxiety, and anxiety and sleep.

Learn how to use CBD for anxiety here.

In a study done on rats, researchers found that CBD acted quicker and just as effectively as medicinal antidepressants. “The data support a promising therapeutic profile for CBD as a new fast-acting antidepressant drug.” (Source)

In another study, researchers noted that “Studies involving animal models, performing a variety of experiments on the above-mentioned disorders, such as the forced swimming test (FST), elevated plus maze (EPM) and Vogel conflict test (VCT), suggest that CBD exhibited an anti-anxiety and antidepressant effects in animal models discussed.” (Source)

While more studies are needed to effectively prove the connection between CBD and depression, if you’re ready to try something new, CBD might be a good option for you.

Post-Traumatic Stress Disorder, or PTSD, is “a psychiatric disorder that may occur in people who have experienced or witnessed a traumatic event.” (Source)

People with PTSD have intense, disturbing thoughts and feelings related to their experience that last long after the traumatic event has ended. They may relive the event through flashbacks or nightmares; they may feel sadness, fear or anger; and they may feel detached or estranged from other people. People with PTSD may avoid situations or people that remind them of the traumatic event, and they may have strong negative reactions to something as ordinary as a loud noise or an accidental touch.

A study published on Science Direct included the following highlights regarding CBD and PTSD:

In a 2017 study on schizophrenia, researchers tested the effectiveness of CBD with patient’s antipsychotic medication. The double-blind study had promising findings.

After 6 weeks of treatment, compared with the placebo group, the CBD group had lower levels of positive psychotic symptoms… and were more likely to have been rated as improved… and as not severely unwell… by the treating clinician.

These findings suggest that CBD has beneficial effects in patients with schizophrenia. As CBD’s effects do not appear to depend on dopamine receptor antagonism, this agent may represent a new class of treatment for the disorder.

Studies done around CBD and cocaine, as well as CBD and meth, showed promising results.

Read more about these studies here.

We’ll be the first to tell you – we’re not doctors. We’re HUGE CBD advocates, and have seen a positive impact on so many individuals we can’t help but share the knowledge, education, and information we’ve discovered.

Nothing here should be considered medical advice. If you’re wanting to try CBD to improve your mental health, we strongly suggest you talk with your doctor about the impact and risks.

Bring the research with you, too. CBD is newer territory, but that doesn’t mean it won’t help. It’s one of. the most promising paths in mental health research right now.

Still have questions? Let us know. We’re happy to help research with you!

PrevPreviousCBD is more than the stigma
NextWhy should you use CBD under your tongue?Next