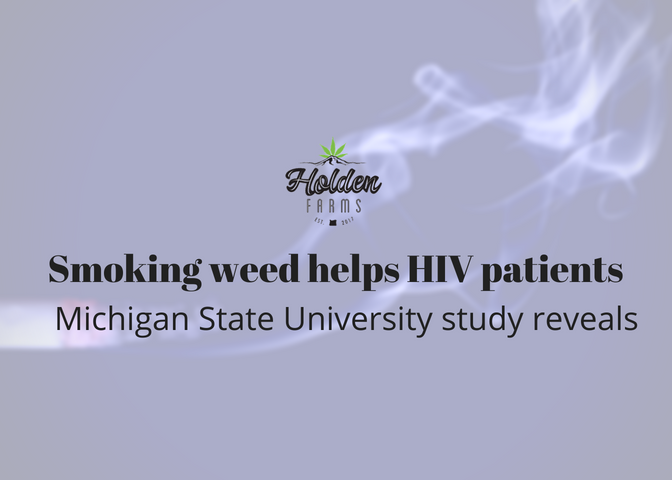 According to the article: “It’s believed that cognitive function decreases in many of those with HIV partly due to chronic inflammation that occurs in the brain,” explained Norbert Kaminski, lead author of the MSU study, which can be found in the journal AIDS. “This happens because the immune system is constantly being stimulated to fight off disease.” In addition:  “The patients who didn’t smoke marijuana had a very high level of inflammatory cells compared to those who did use,” said Kaminski, a researcher that has investigated marijuana’s effects on the immune system for nearly 30 years. “In fact, those who used marijuana had levels pretty close to a healthy person not infected with HIV.” And MSU is not the only University looking at this. University of Florida announced a $3.2M grant to do it’s own study on cannabis and HIV. Florida has the highest rate of new HIV infections in the country

According to POZ : “Topics to be examined include pot’s influence on pain, the body, chronic inflammation, viral suppression, stress and sleep in addition to how often people use marijuana and how strong it is.”

The study will be conducted over a 5 year period.  It will include 400 marijuana smokers with HIV which is the largest study of it’s kind.

More research on the horizon The weed culture is changing and more states are legalizing marijuana and  hemp.  And with CBDs  becoming more common place nationally, it means more and more researches are jumping in.  Holden Farms couldn’t be happier. We are all about good health and good science.  And the science keeps showing the same thing:   Weed helps people.

If you like to dig into the science, here is the study from MSU