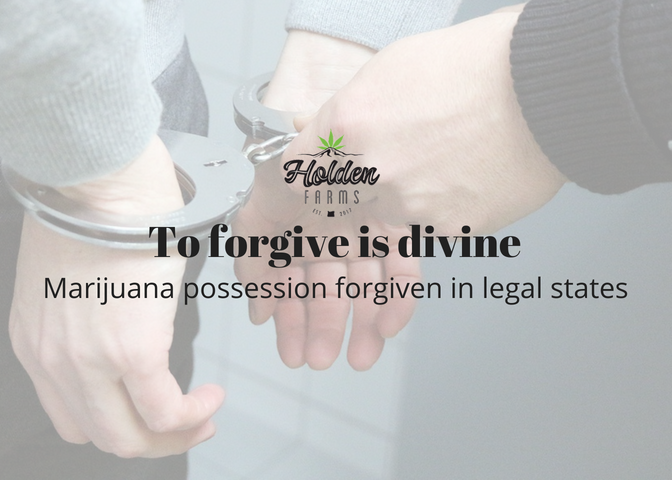 To Forgive is Divine – Marijuana Possession Forgiven in Legal States

The legalization of marijuana possession has brought an interesting side of past convictions to the forefront of discussion. Various states across the country are looking to address the way past convictions are handled and prosecuted. According to this Huffington Post Article, Colorado, Maryland, and New Hampshire have made it easier for people to get their marijuana possession record expunged, including convictions for cultivation.

In Colorado, Maryland, and New Hampshire, the formerly convicted of marijuana possession must file a petition for their record to be sealed or expunged.

Massachusetts and Oregon to seal records California is looking to address past marijuana possession convictions now that pot is legal throughout the state.

The imbalance of convictions during the US war on drugs hit minority communities hard. Maybe this “reparative justice” will heal communities that were devastated. Marijuana convictions, whether a misdemeanor or felony, make it difficult to find a job, obtain housing, be admitted to higher education, and even getting credit.

Holden Farms hopes the growing number of states considering legalization of marijuana will also retroactively repair the lives damaged by past convictions.