Will CBD Make You High? 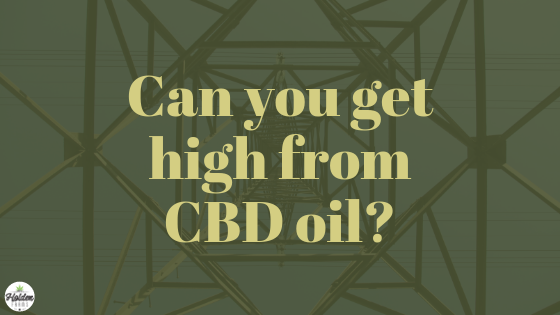 Can you get high from CBD oil?

CBD and THC are the two most commonly known cannabinoids. While there are several others, we’ll typically talk about these two on our blog. These are the two cannabinoids that you’ll hear most about in the news.

Before we dive into this, let’s talk about your brain.

Our brain has what’s called the endocannabinoid (EC) system. “[The endocannabinoid system] is a unique communications system in the brain and body that affects many important functions, including how a person feels, moves, and reacts.” http://headsup.scholastic.com/students/endocannabinoid

Our bodies naturally produce chemicals called cannabinoids which act as messengers in our brains. Unlike most neurotransmitters in our brain, cannabinoids are active instead of reactive. The signal is created when the postsynaptic neuron is activated, sending the signal in the opposite direction to the presynaptic neuron. This can control how much of other signals, like dopamine, are sent. It’s sort of like cannabinoids dilute the effect of other transmitters.

The introduction of outside cannabinoids such as THC over-dilute the EC system. It’s like pouring a gatorade jug over all the signals in your brain, slowing everything down. The “high” effect comes from over-diluting the part of the brain that makes you feel good. It’s experiencing good feelings in large amounts and slow motion.

“CBD is not associated with abuse potential.”

According to the WHO, Cannabidiol (CBD) is one of the naturally occurring cannabinoids found in cannabis plants. https://www.who.int/medicines/access/controlled-substances/5.2_CBD.pdf

When compared with THC and other cannabis derivatives, CBD has no physiological effects.

The WHO article states that “CBD was placebo-like on all measures (including visual analogue scales, psychomotor performance such as the digit symbol substitution task, heart rate and blood pressure) compared to active cannabis, which produced abuse related subjective effects as well as a range of other effects.”

In short: CBD is safe when used by itself.

So what’s the takeaway?

CBD is processed by your body and brain differently than other cannabinoids like THC. It won’t get you high. It’s very safe with a low abuse potential. Check the legality in your state before purchasing and using CBD.

What questions do you have about CBD oil? Ask in the comments below!

PrevPreviousCan I fly with CBD?
NextHow to Pronounce CannabidiolNext